At regular intervals from June and September, the Baltimore Mosquito Study research team, led by scientist Shannon LaDeau, went into several inner city West Baltimore neighborhoods that lie within the Gwynns Falls watershed to trap and count the mosquitoes in each neighborhood. About once a month they also surveyed specific square-block areas to look for mosquito larvae, which are found wherever there is standing water, sampling every instance they found, no matter how small the container. I went out with both groups of researchers.

The Freddie Gray incident and the civic unrest that followed had occurred nearby just a few weeks prior. I knew Baltimore had a vacant housing problem, and had driven past boarded-up rowhouses before, but it’s an entirely different experience to walk into the alleys and courtyards behind them and realize the extent to which they are falling apart. I was struck by how nature had reasserted itself over the landscape, covering the buildings with vines and pulling them apart.

On a micro level, mosquitoes have found fertile breeding grounds in neglected, leaking buildings and trash that is constantly being dumped in the alleys by unscrupulous contractors seeking to paying the city for bulk waste disposal, to the continual frustration of residents. LaDeau has looked at the correlation between poverty and mosquito populations and has found that the lower the income level of the neighborhood, not only are more mosquitoes found there, but more of the aggressive species that bite humans rather than the types that only bite birds, which predominate in a nearby middle income West Baltimore neighborhood. 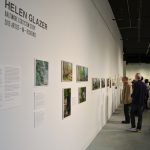 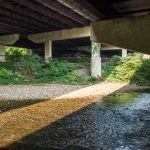 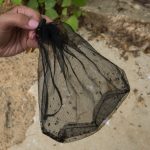