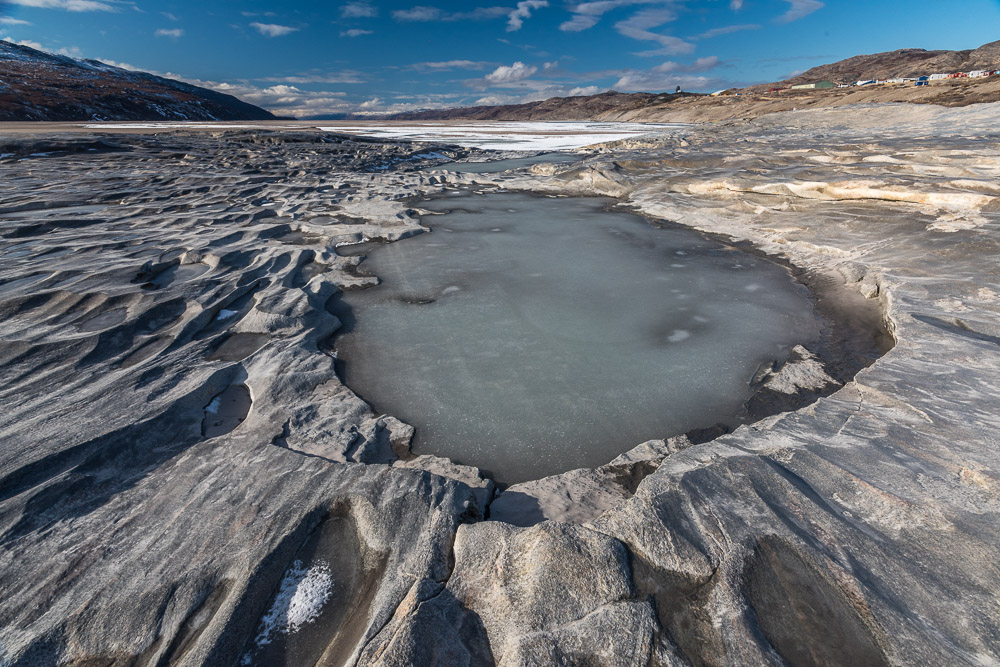 Yesterday I made the long trip home from the Arctic village of Kangerlussuaq, Greenland, where I spent the month of September documenting its an unusual geopolitical and cross-cultural history. Having been thwarted by the pandemic from beginning it in summer of 2020 as planned, in mid-July I jumped on the sudden opportunity to book flights and housing before the weather gets too impractically cold and dark to work outdoors. I'm happy to report that I was able to get my project off to a rewarding start.

International travel in the Age of COVID means running a gauntlet of ever-changing entry rules and required paperwork, which unfortunately isn't neatly organized online in one place. The only way for me to get to Greenland necessitated flying across six time zones to Copenhagen, staying a couple of days so I could get a PCR test within the window Greenland requires (not a simple feat), then flying back across the Atlantic four time zones to Greenland. When I dragged my bags up the concrete stairs to my dorm room at the Kangerlussuaq Science Support Center on September 3rd, dazed and sleep-deprived, I admit the thought crossed my mind: What if this place doesn’t turn out to be as interesting and worthwhile as I’ve convinced myself — and the people supporting me — that it is?

As I got myself oriented and started tackling the list of sites to photograph that I had compiled in advance, I put that question to rest. Hiking up the hills and driving on the gravel roads with a young guide, I photographed the varied ways in which human activity is written on a dramatic Arctic landscape: remnants of 20th-century American and Danish military bases, the road to the ice cap that was built about 20 years ago as part of a short-lived German corporate endeavor and a new road under construction to finally connect Kangerlussuaq to another town, defunct scientific research sites dating back to the 1920s, and global climate change at the ice cap edge. I carried screenshots of vintage photos on my cellphone and rephotographed sites from similar vantage points as they look today. What I found went way beyond my initial list.

I knew from my research that Kangerlussuaq has a short history as a town, and never had a permanent Inuit population until the later decades of the 20th century. In getting to know local residents and visiting Danish scholars, I was introduced to a meta-layer of Greenlanders and Danes negotiating a post-colonial Greenlandic identity in general and Kangerlussuaq's identity and economic and cultural future in particular. I was often struck with how the issues often paralleled conversations about power dynamics, access to educational and economic opportunities, and reevaluation of the dominant cultural narratives that we are having in the United States.

My next step will be to sort through my photos and write down my experiences in this beautiful, awe-inspiring — and often endearingly quirky — place, with two goals in mind. One is to formulate the next steps for a permanent exhibit at the Kangerlussuaq Museum, the other is to create a book proposal to begin seeking a publisher for what I envision as a photo book with essays by contributing scholars that put them in context. I also hope to arrange a return trip next summer since below average temperatures froze the streams and waterfalls coming off the ice cap, withered the blooming plants, and the advent of hunting season caused the reindeer and musk oxen to move further into the wilderness. However, I'm well on my way!

Photos: Kangerlussuaq fjord photographed on September 22 from a bridge (above). Shallow pools and the fjord shoreline had already begun to ice over after a couple of weeks of below freezing temperatures. Below, Kangerlussuaq photographed from Black Ridge early in my stay, and 17 days later from the nearby mountain known by its former American military acronym TACAN, when the fjord had begun freezing over. Many if not most of these buildings were constructed for the American military base that operated here from the 1940s to 1992. 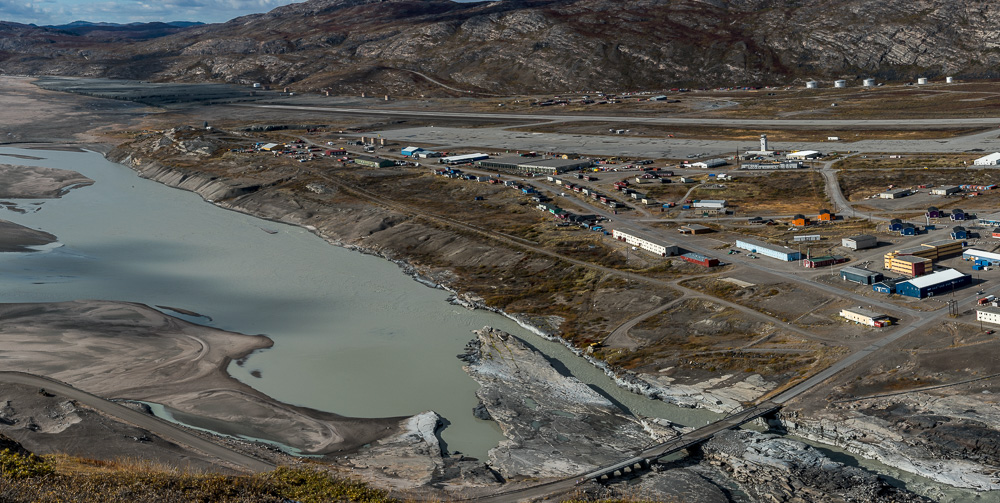 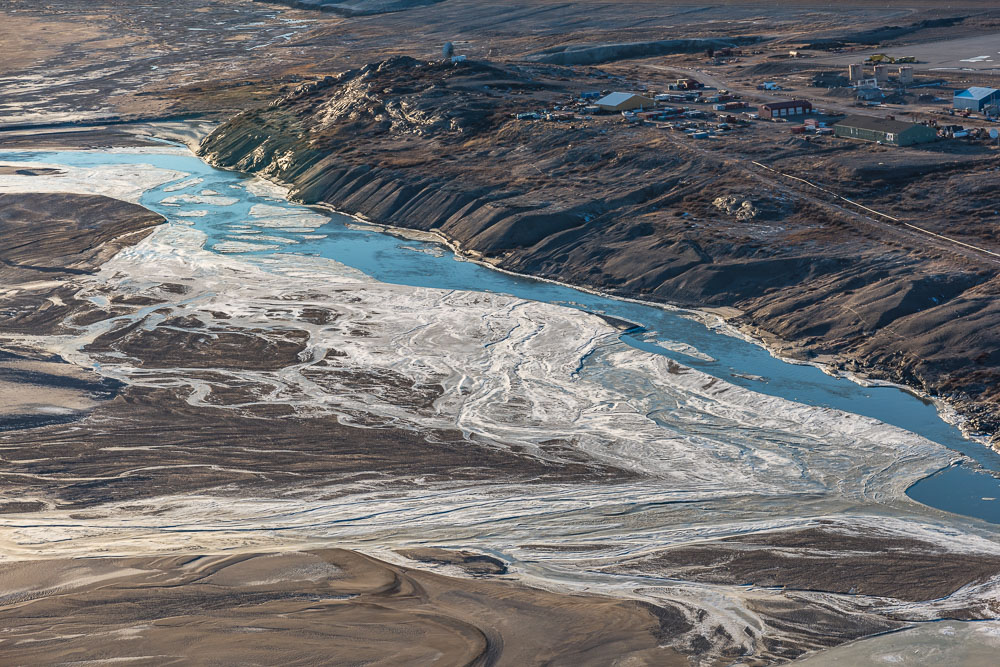