Above, a panorama photographed September 6, 2021, looking southeast from the outskirts of Kangerlussuaq at the hill that dominates that view. Below are two vintage photographs from the Danish Arctic Institute, both taken between September 1950 and July 1951 by a Danish Navy conscript named Bent Helmudt, who was stationed here when it was a recently built American and Danish military base called Bluie West 8. Below those photos, a panorama I took from the same location where the two men with a fishing rod are sitting, where a bridge crosses the fjord. 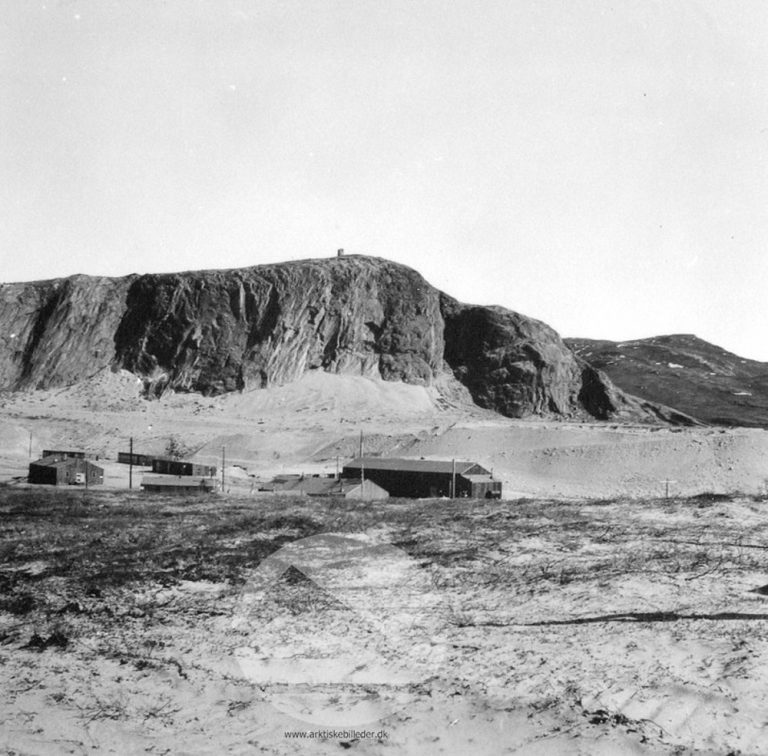 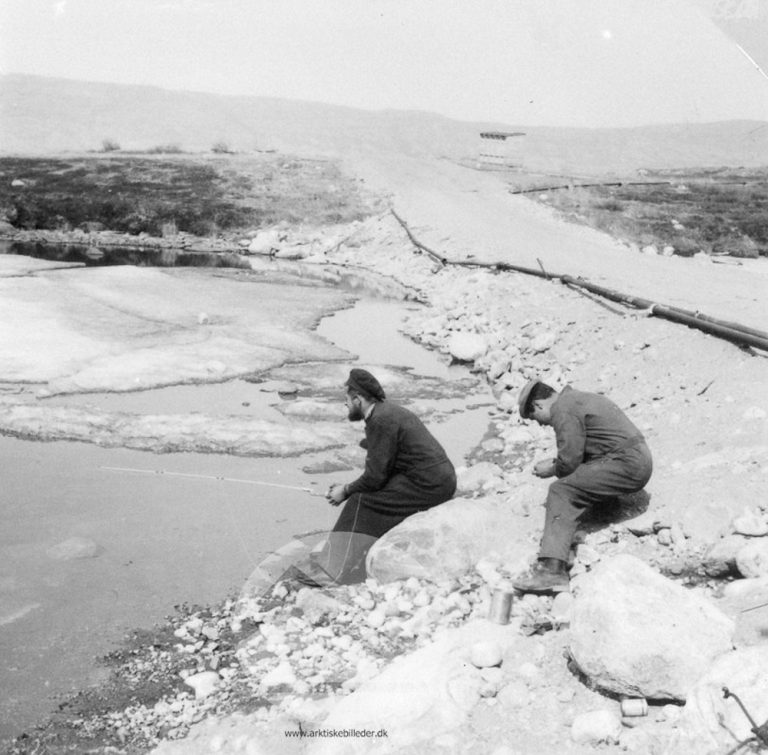 Greetings from the Kangerlussuaq International Science Support Center, or KISS, as it is officially known — an uncharacteristically romantic acronym for a facility operated by the National Science Foundation. I am staying in one of the dormitory rooms, which has a shared bathroom, kitchen and lounge. Evidently last week the place — indeed the entire town — was pretty much taken over by personnel and press affiliated with the Extreme E electric car race, an outfit that travels the world setting up road races in places affected by climate change to raise awareness and promote electric cars. (I'm ambivalent about the premise, but the Greenland authorities were enthusiastic about bringing it here.) They were mostly moved out when I got here, but a few of their cars were still parked out front, as in the photo at the very end of this post, where you see one of them beside the KISS flag that flies outside the building.

But with Extreme E gone, it's been pretty quiet here, with a lot of empty rooms in the dorm. I'm currently sharing the floor with the six members of a science team called Oceans Melting Greenland or OMG (another memorable acronym). Three scientists from NASA's Jet Propulsion Lab in Pasadena and two pilots and a flight engineer from a Canadian company that flies planes in the Arctic and Antarctic have spent the last month flying over the coast of Greenland and dropping probes in the ocean. As the probes fall through the water, they radio back temperature data. The goal is to understand the role that the ocean plays in melting Greenland's glaciers. As the website says, "From the sky and the sea, OMG gathers data about water temperatures and the glaciers all the way around Greenland to get a better idea of just how fast the ice is melting, and how fast global sea levels will rise." They are are in their last week before wrapping up the five-year project and are indeed finding a correlation between ocean temperature and the rate at which glaciers melt. If you're interested check out the website or their social media at @omgnasa.

The OMG guys have been great company. The other night we combined forces to produce spaghetti and marinara sauce dinner and an apple crisp dessert from the very limited ingredients available at the town supermarket. We made what looked like way too much spaghetti, but then a Danish geologist who produces 3D models of the changing ice using drone photogrammetry fortuitously dropped in with two graduate students so we had enough to share.

I've been spending my time getting oriented and meeting people. I've also been walking around town, then consulting the vintage photos from the Danish Arctic Institute, so I can begin to correlate them with the actual sites. KISS is near a prominent hill and a bridge that appear in many photographs, and the OMG guys tipped me off that if you cross the bridge out of town and hike the road to the hilltop, you are rewarded with views of the ice cap and fjord, and may even spot a small group of musk oxen who have been grazing in the vicinity.

I've walked up there a couple of times already and taken some pictures. I did see the musk oxen waaaay in the distance, and through my telephoto lens I could see there were even musk oxen calves in the group. I assume I'll get a closer look eventually. Meanwhile I've made some panoramas comparing them with vintage photos of the hill and the nearby bridge by Bent Helmudt, a Danish Navy conscript, some 70 years ago when it was a military base known as Bluie West Eight (see above). Helmudt's photos are in the collection of the Danish Arctic Institute. 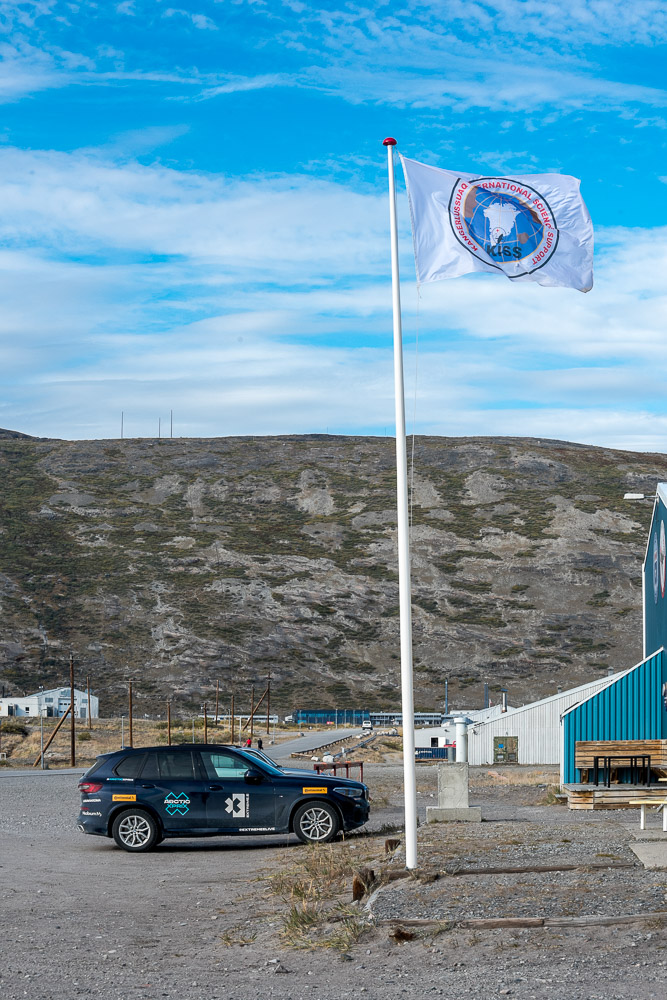 The KISS flag beside one of the Extreme E company cars that was still in town as the race personnel packed up to leave on September 3rd.